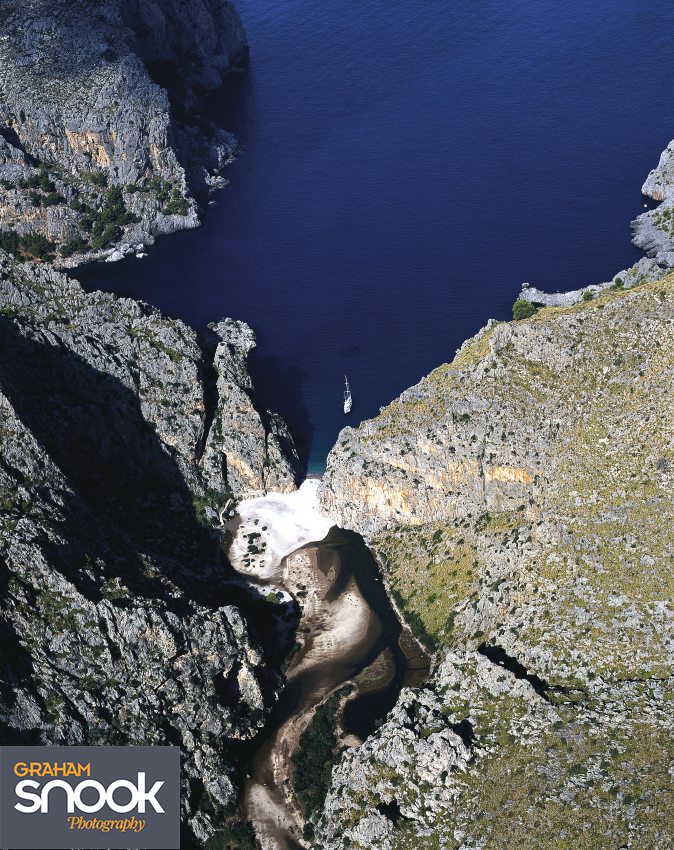 “Would all Easyjet passengers on flight EZY2272 to Palma de Mallorca please go to baggage reclaim”. Not really the words you want to hear when you’re sitting in the departure lounge of Luton airport, waiting to catch a flight out of the dank grey weather to the sunny Balearic Islands. It sounded ominous, it was.  My flight was cancelled.

Travelling around the world can be glamorous sometimes, other times it’s hours wasted in departure lounges, trying to eat mediocre food with child-like cutlery. Watching the world fly away when your flight is inexplicably delayed. Yes, the jet-set lifestyle is a sackful of pleasure. Fortunately, it’s like the time you’re waiting for mates in a pub – easily forgotten by the end of the night.

Except for that day of course, when I should have been at a hotel overlooking Puerto Portals marina, I was heading back to a rain-strewn Twickenham, to spend the rest of the day on the phone to EasyJet Customer services, hotels and aviation companies.

As jobs go, the Island Pilot series for Motor Boat and Yachting has to be up there with the best of them. It was informative to the reader, looked great in the magazine and was fun to shoot. Unless you’re terrified of flying, who wouldn’t love the idea of flying around the coastline of islands? My colleague Lester got to shoot the Channel Islands and The Scilly Islands. I got the Balearic islands of Mallorca, Menorca, Ibiza and Formentera.

Unfortunately, due to magazine timings, we had to shoot out of season, in time for the photos to be in the magazine for January the next year. It took me two trips each a week long to shoot all the islands. The photos were all shot from a Cessna 152 or 172. While a helicopter would have been great – the ability to position them exactly and the lack of a door makes them the perfect shooting platform – the fixed-wing Cessna was far more economical. In order to get the shots we needed a high-wing aircraft (a plane with the wings above the passenger compartment) so I could shoot downwards. However high-wing aircraft have their own problems, the strut holding the wing on!

This was my first shoot from a plane rather than a helicopter, so I was learning on the job in more ways than one. The strut limits the angle you can shoot at. The small window to shoot through limits the angle more. Shooting forward of the strut means the lens is in the airflow and is buffeted around. It’s not possible to use a wide-angle lens because then you start getting the strut and wing in the photograph. It was all about positioning the aeroplane rather than moving the camera, as I had to be on a standard lens, shooting backwards out of the window.

The window on a Cessna is a Citron 2CV affair, split in half horizontally with the hinge at the top. The airflow at cruising speed holds the window open. However, in order to get more time to get the shot, the pilot extends the flaps on the wings enabling reducing the airspeed from around 70-80 knots to 40-50 knots. A speed not fast enough to hold the window open. So the pilot either reached over my back, and held the window up with one hand while flying the plane, or I stuck my elbow out of the window to prevent the window from closing on my camera.

All the images were shot on transparency film, with a Pentax 6×7, a glorious oversized camera. I had two bodies, the company’s and my own. It’s a camera I miss using because it had so much “personality”. It only shoots 10 frames to a roll of film, and the shutter releases with a beautiful solid clunk. Although it has a metered prism – a viewfinder with a light meter inside – it was, to all intents and purposes, completely manual. Manual wind-on, manual metering, manual focus, what it did give you was excellent detail in a time before digital. Using the medium format Pentax 6×7 is a world away from today’s gizmo-packed auto-everything cameras.

The first week at the end of the season was spent trying to get the shots of Mallorca, but the weather was against us most of the time. We spent much of the air-time flying around clouds looking for harbours and anchorages bathed in sunshine, but by the end of it all we had Mallorca ticked off, we’d hoped for more. One good thing had come out of all these clouds, I was able to fly and land a plane! My pilot was also a flying instructor, during the time in between areas on the shooting list he taught me the basics of flying.

The Island Pilot Series kicked off with the Isles of Scilly in January, Mallorca in February, but I still needed to get shots of Menorca, Ibiza and Formentera. The weather in January was dreadful in the UK and Mallorca. February was no better. Flights were booked for the beginning of March. Guernsey and Jersey had run in the magazine, time was getting tight to get the other Balearics shot before the MBY ran out of islands. The cancelled flight set things back another week eventually mid-March I got out there again.

With clear skies we set off towards Menorca, closing the coast the pilot went to adjust the flaps, nothing. He tried to use the radio, dead. While the plane was, thankfully, still in the air, propeller spinning, the electrics on the plane were dead. The shoot was aborted, and the pilot phoned his boss, who spoke to air traffic control. In order to avoid any other air traffic, we descended to 500ft and flew back to the Son Bonet airstrip in Mallorca. They say a little knowledge is a dangerous thing, it wasn’t so much dangerous, as worrying, in my case. I’m not a panicky sort of person, well not externally anyway, but knowing that we needed flaps to slow down to a “safe” landing speed, I wondered what was going to happen. The pilot reassured me it was fine, he’d just use the wing as an air brake. Standard manoeuvre, nothing to worry about, all pilots are taught it. Pilots might be, but not worried photographers.

What he didn’t tell me was that using the wing as an air brake means putting the wing in a position where the airflow has the greatest resistance, while still keeping the plane in the air. Or, as I like to call it, the scaring-the-bejesus-out-of-the-photographer manoeuvre. Nose down with one wing tip towards the ground, flying in a sideways style. I sat grabbing my seat tightly and questioning whether my salary was worth my feelings at that moment. We approached the ground faster than we had before, at a steeper angle than we had before, grabbing a seat tighter than I had before. At the last moment, the pilot gave the plane a quick twitch, and we landed with a squeal of rubber and lots of relief on my part.

The next day the weather was good for flying again, so I put my fears to one side and set off again. This time we managed to get Menorca ticked off, by the end of the week we’d shot Ibiza and Formentera.

This photograph was from the first shoot of Mallorca. Around halfway up the jagged west coast, north of the Port du Sollier are 1,000ft high cliffs. Looking down out of the plane, it’s a formidable experience; flying low over the mountains, watching them drop away to the sea 1,000ft below in the blink of an eye. It felt as if I’d just run off the edge of a cliff. This is Sa Colobra, the shadows in the rocks give some idea of the depth to sea level, and the small boat is probably in excess of 120ft long. Dots on the beach are people­. I love the colours and textures of the rocks and the patterns in the sand at the base of the gorge.

It took two passes of the plane for me to be happy that I had got the shot, although using film you never really knew you had the shot until you saw the transparency. During the first pass, the cloud was still covering the cliffs on the top left, and the angle was wrong. By the time of the second pass, the shadow from the clouds had moved on and I knew where I wanted to be to make sure of the correct angle, the sun lighting most of the images. I had one, maybe two chances to get a shot with each pass. By the time I’d focused, composed shot, wound on and focused again it could be as long as 6 seconds, and 150 metres further on. The sharpness and detail in the original transparency are still, by today’s digital standards, very good. There is detail in the shadows and highlights so the exposure is as it should be, and the colour of the water is a world away from the departure lounge of Luton Airport.

Behind the scenes
Colour balance explained – Using a custom white balance
Choosing a camera – What do I need?
I can supply photography, 360-degree tours and video to promote your company and help you sell more
Contact Graham
+44 (0) 7966 469186
graham.snook@grahamsnook.com
© Graham Snook Photography 2023
Privacy Policy
We use cookies on our website to give you the most relevant experience by remembering your preferences and repeat visits. By clicking “Accept All”, you consent to the use of ALL the cookies. However, you may visit "Cookie Settings" to provide a controlled consent.
Cookie SettingsAccept All
Manage consent