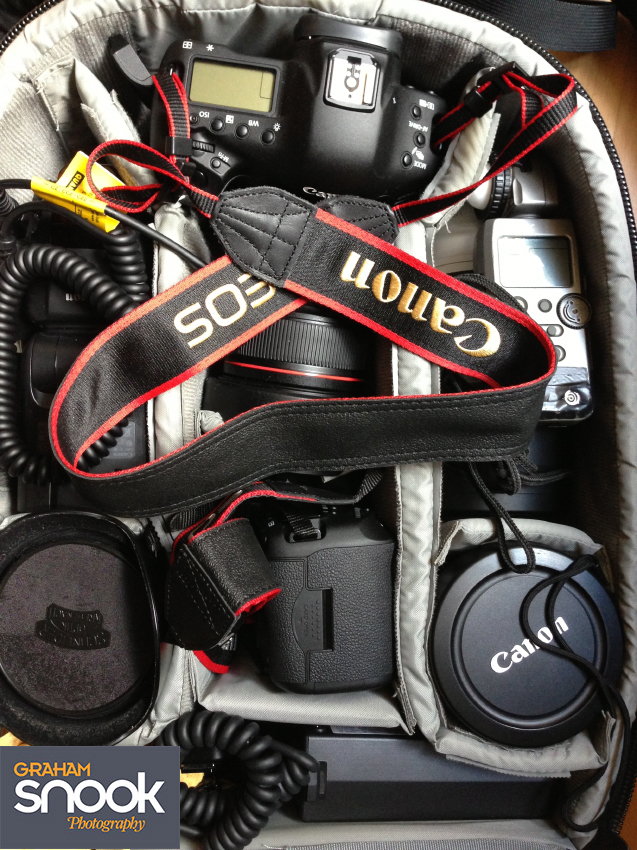 Photography is a strange profession; it’s something that millions of people do for fun. It’s not doing accounts, accounts aren’t fun – for me at least, I’ll happily pay for someone else to do my accounts. But anyone with an interest in photography would happily do my occupation. Unlike a doctor – where you have to train for years to get qualifications to call yourself a “doctor”- owning a camera sometimes seems enough of a qualification to call yourself a “professional photographer”. Actually, you don’t even need to own a camera, you could just hire one.

However owning a fancy camera doesn’t automatically make you a better photographer, a photographer yes, but not a good one, in the same way possessing a snap-on spanner doesn’t make me a mechanic, or borrowing a Steinway doesn’t make me a better pianist. In the hands of Jimmy Page, a ukulele would make music, and if you are inclined to Google for the video of Alison Bolsom playing the Vuvuzela, you can see that it’s her talent that makes the music, not the instrument. It’s the same with photography.

If I gave my 19 months daughter my 1DX (which I could because it’s built like a brick out-house, but she might struggle to lift it) she wouldn’t suddenly start taking better photographs. She’d take more, lots more if I set it to 12 frames-per-second! But no matter what camera she has, she will still only be as good as she is. The photographer takes the pictures, the camera just records them. At the end of the day, my camera is just a tool, an aid to capturing my vision. It’s a tool I have a certain amount of attachment to, yes, the same way Ben Ainslie names his boats or Lewis Hamilton names his cars, but they are still just the tools. Give Lewis a lesser car and he will still be fast, give me my iPhone and I’ll still take better photographs than my wife. But give my wife my 1DX and her photographs aren’t as good as the ones on my iPhone.

I met a gentleman a few months ago whose company sells boats costing many hundreds of thousands of pounds. I didn’t feel his images were selling his product very well, so I asked him  “Who does your photography?”. “My wife” he replied, “She’s got a fancy camera, they all take good pictures nowadays”. Now, bearing in mind the reason I was chatting to this gentleman, I couldn’t agree with him or his reasoning, and while he conceded my pictures were “very pretty”, he didn’t require my services because his wife’s photographs were all he needed. Fine with me, his business, his product, his reputation. So rather than labour a point I went off to speak to his competitors. Competitors who thankfully knew my name and understood it was the photographer, not the camera, that takes the images.

Much of photography is about composition, for this, any camera will do. A lot of photography is about being in the right place at the right time, again any camera will do. Exposure? You can use a light-meter, or learn how the metering in even the simplest camera works. Capturing the decisive moment, it comes with practice and experience rather than a fast frame rate. Depth of field? Lenses, not camera.

I’ve said before I used to use a Pentax 6×7, I used to use it in manual mode, manual focus, manual exposure, and manual wind-on. Somewhere in the Motor Boat and Yachting archive is a shot of a Class 1 powerboat, being throttled by Steve Curtis airborne in Plymouth Sound travelling at around 160mph. That was shot with a camera that shot 10 frames on one roll of film. My current camera can shoot at over 10 frames a second but I’m still the one in control.

There is a lot of talk about this camera is better than that camera, when in most cases either camera will suit the user admirably if they learnt to use it. It’s very easy for a bad photographer to blame their camera, but it’s funny how they forget the camera when they take a cracking image. There will be people who constantly upgrade camera after camera in pursuit of better images, but in reality, if they learned how to use the most basic of cameras properly they would more than likely become better photographers.

This is nothing new, back in the 1950’s the documentary photographer Bert Hardy wrote an article saying that photographers didn’t need expensive cameras. He went out on Blackpool promenade and set up a shot. With a bit of luck from a gust of wind, his photograph of two girls sitting on the railings, one with a polka-dot dress blown up by the wind, proved his point. He created this iconic image with a humble box brownie.

So if the camera makes little difference, why did I spend over £7,000 on two camera bodies? As I said above the camera is a tool, by using the best tools I can produce the best images I can, day in and day out. Yes, Jimmy Page could play any guitar, but he can play twin-necked Gibson EDS-1275 and know why it’s the best guitar for his music. He has the ability to get the best he can out of that guitar; I would struggle to strum it.

My cameras go out in all weather; they must be able to withstand the conditions I work in. Coupled with my lenses they also give me the best image quality for my subject matter. A cheaper less robust camera might not survive some of the conditions I work in, yet I still have to provide images. A more expensive camera would also be vulnerable to water damage. The hobbyist has the luxury of being able to pick and choose their weather, the professional photographer doesn’t.

It’s because I can see the difference in the image quality, and I know how I can get the best. In some circumstances, I’ve been forced to use a far cheaper camera, and my images have still appeared on the covers of magazines.

I still get a great deal of enjoyment from taking photographs for work and pleasure. But it’s not shooting the latest Sunseeker with my £4800 Canon 1DX and £1800 70-200 f2.8L IS II USM lens – to give it its full title – that gives me the most joy. It’s shooting my family and friends on my iPhone. It goes with me everywhere, and it captures images and memories. OK, it loses highlight detail, and the actual image quality is poor, but sometimes it’s about the image, capturing the moment. On many shoots for magazines I supply images taken on my iPhone for their Facebook or Twitter feed while I’m on the water, the iPhone’s resolution is up to the job and can send images fast.

Constantly capturing images is the best way to become a better photographer. The more images, the more you see the world as a camera does, the more you get used to always having a camera, the better your timing and composition get. I’m not recommending shooting everything on a mobile phone. Get a good camera, yes. But don’t let the pursuit of a better camera come at the expense of your photography. You need a camera to take photographs, however, to take photographs any camera will do.

Hints and tips
Yachting Photography
Aerial photography in Mallorca: When the plane has a power cut
Photographing the Dalla Pieta 80 Motor Boat
I can supply photography, 360-degree tours and video to promote your company and help you sell more
Contact Graham
+44 (0) 7966 469186
graham.snook@grahamsnook.com
© Graham Snook Photography 2023
Privacy Policy
We use cookies on our website to give you the most relevant experience by remembering your preferences and repeat visits. By clicking “Accept All”, you consent to the use of ALL the cookies. However, you may visit "Cookie Settings" to provide a controlled consent.
Cookie SettingsAccept All
Manage consent