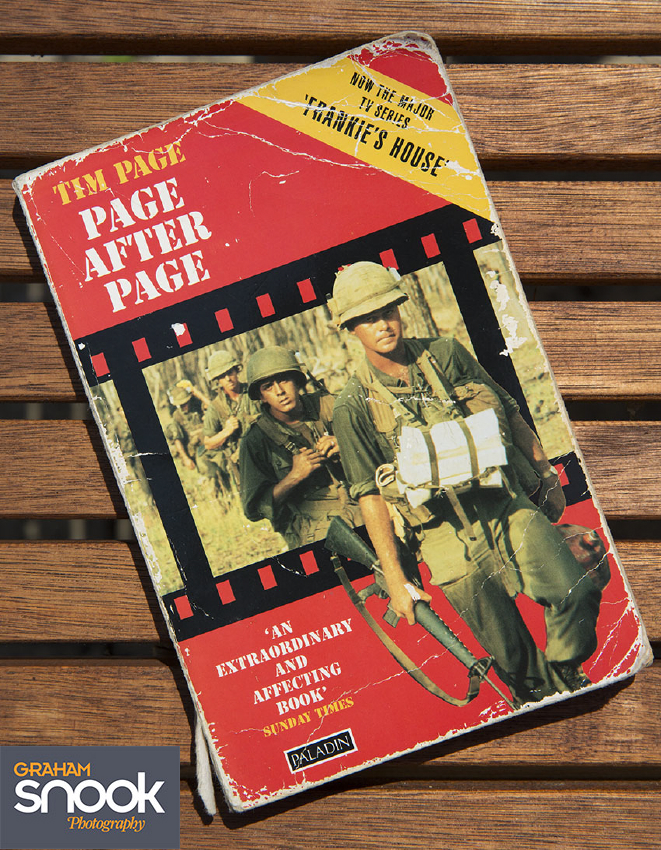 One of the simplest pieces of advice was given to me by a photographer called Tim Page. Tim has lived more than most. If you include the two times he was pronounced dead on arrival at field hospitals during the Vietnam War, he was on his third life when I met him in 1995. Tim didn’t study photography but fell into it in the late 60s after travelling from the UK to India and Cambodia before finding himself in Vietnam when things were going awry.

I met Tim when he was a visiting lecturer at Falmouth College of Arts when I was studying photography. I’d read his book Page after Page some years earlier after seeing the biopic Frankie’s House on TV in the early 90s. I was walking through the finishing area at college and there, sitting at the light box, was Tim. It wasn’t every day that you see a famous photographer, whose book you’d read, sitting around in college. Having said that, the lecturers at Falmouth did a great job of getting professional photographers down to Cornwall to talk and run workshops for students.

I quickly introduced myself to Tim, before nipping home at lunchtime to get my dog-eared copy of Page after Page for him to sign. He obliged. In parting, I gave him my card and said if he ever needed an assistant to give me a call. Not really expecting it to lead anywhere. But you never know unless you try.

A few months later Tim called, he was back in Cornwall and needed an assistant to cover the decommissioning of Cornish fishing boats. In order to save fish stocks, Cornish fishermen were being given money to break up their boats. Families that had been fishing for generations had limits on the days they could fish, the numbers they could catch and enough was enough for many, it was a sad time for Newlyn.

During my time working with Tim, and other times we’ve met up since, I’ve learned a lot. From listening to your subject, to compositional tips, to today’s tip: “Always give the client a vertical”

It sounds obvious, but many would-be photographers get so hung up in getting the shot, that they forget to turn the camera on its side. Magazines are vertical, books are vertical, Mobile phones are held vertically, and papers need vertical photographs too. Yet if you only shoot in a horizontal format you’re denying the client and yourself. How often have you seen someone taking a photo of a friend or loved one, with the figure in the centre of the frame, while space is all around them on each side?

Rotating the camera is such a simple tool, not just for supplying clients, but also for injecting a new look to something you know, or removing the unwanted background. Often just turning a camera into the portrait orientation is enough to make you recompose, and see different details within the frame, details that can add or detract from the subject matter.

Turning the camera on its side will often necessitate a change of viewpoint, this too will get you moving and recomposing. Suddenly, when you were at the visual equivalent of writers’ block, you are seeing the subject in a different way, and you’ll get a greater variety of images.

Hints and tips Photography
Photographing the Sessa Islamorada 32 in front of Stromboli
Photographing in Scotland: Getting the best light for your photographs
I can supply photography, 360-degree tours and video to promote your company and help you sell more
Contact Graham
+44 (0) 7966 469186
graham.snook@grahamsnook.com
© Graham Snook Photography 2023
Privacy Policy
We use cookies on our website to give you the most relevant experience by remembering your preferences and repeat visits. By clicking “Accept All”, you consent to the use of ALL the cookies. However, you may visit "Cookie Settings" to provide a controlled consent.
Cookie SettingsAccept All
Manage consent